We Can No Longer Afford the Military-Industrial Complex
https://www.thenation.com/article/politics/house-senate-defense-spending/

We Can No Longer Afford the Military-Industrial Complex

93 members of the House and 23 Senators just voted to cut the Pentagon budget. That’s a historic call for new priorities. Now, Democrats must amplify it. 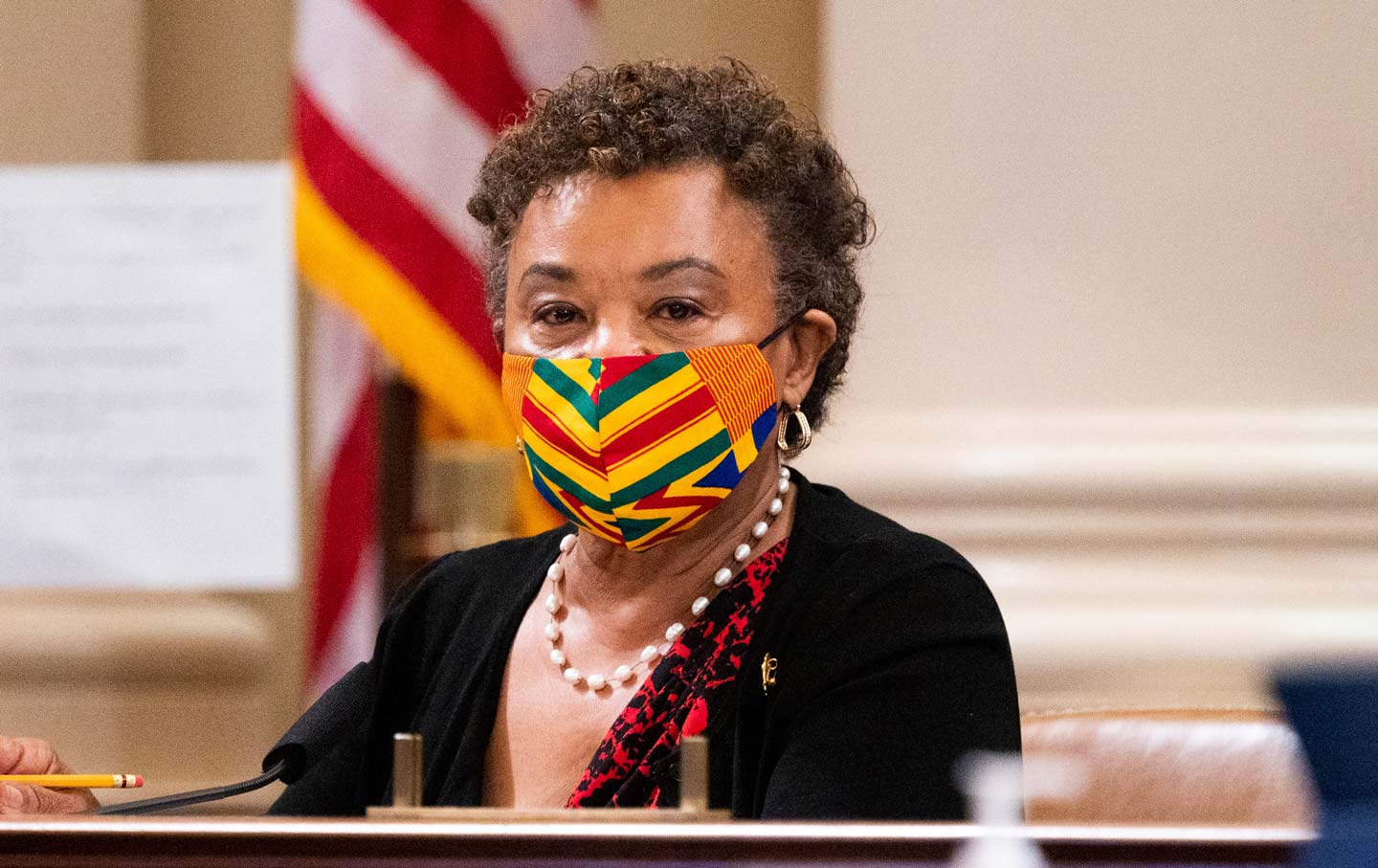 More than 100 members of Congress recognized reality this week. Ninety-three members of the House of Representatives voted Tuesday, as did 23 senators on Wednesday, to cut the Pentagon budget by 10 percent because we can no longer afford to squander our lives, our fortunes, and our sacred honor on a military-industrial complex that is robbing America of its future.null

“Every dollar wasted at the Pentagon is a dollar not being spent on test kits, personal protective equipment or contact tracing,“ declared Congressional Progressive Caucus cochairs Pramila Jayapal and Mark Pocan, who with Representative Barbara Lee proposed the historic move to reorder American priorities. “Every handout to Lockheed Martin or Northrop Grumman is money that could have been spent on ending this pandemic, keeping small businesses afloat and staving off an economic meltdown.”

Pocan, Lee, and Jayapal were among the 92 Democrats who backed an amendment to reduce the size of the $740 billion National Defense Authorization Act for Fiscal Year 2021. They were joined by Representative Justin Amash, the Michigan Libertarian who was originally elected as a Republican but left the party to oppose President Trump’s abuses of power.https://d-3851982001484766571.ampproject.net/2007102309001/frame.html

In the Senate, a version of the amendment sponsored by Senator Bernie Sanders drew backing from half the Democratic Caucus, including minority leader Chuck Schumer.

The burgeoning support for new priorities reflects an emerging sense that old budget calculations no longer make sense in a time of surging pandemic threats and mass unemployment.

“This week we made great progress towards reining in the blank check that the Pentagon has gotten all too often. Ninety-three members of Congress said ‘Enough!’ by supporting a 10-percent cut to defense spending,” said Pocan after the House vote. “That’s real, substantive progress on reprioritizing spending towards things that benefit the average American rather than enriching greedy defense contractors and wasteful, unnecessary programs.”

Tuesday’s House vote saw a historic show of opposition to Pentagon waste, fraud, and abuse. The level of support for slashing the Defense Department budget signaled that a space is opening up in the Democratic Party for a 2020 politics that focuses on getting America’s budget priorities right.

Unfortunately, too many congressional Democrats are still sending the wrong signal. Of the 324 House votes against refocusing spending on the urgent domestic needs of a nation that is wrestling with Covid-19 and surging joblessness, 139 came from Democrats. The other 185 came from members of a Republican caucus that was united in standing on the wrong side of history.

In the Senate, a number of prominent Democrats—including a pair of Joe Biden’s vice presidential prospects, Kamala Harris of California and Tammy Duckworth of Illinois—voted with the Republicans to block the amendment.

It is frustrating that so many members of Congress—especially Democrats—still fall for the lie that unlimited Pentagon spending is needed to “defend” the United States. Their cowardice is absurd, practically and politically, at a point when 57 percent of Americans say they favor the 10 percent cut proposed by Pocan, Lee, and Jayapal.

The people get the point Sanders is making, when he says, “We should not pass a $740 billion defense budget at a time when so many are struggling.”

a 10 percent cut to the Pentagon budget could pay for:

This is the logic that must prevail. And it is gaining ground.

“Today’s historic vote in the U.S. House marks the beginning of the end of the military-industrial complex’s vice grip on Congress,” Robert Weissman, the president of Public Citizen said Tuesday. “This is the first time in recent decades that the Congress has seriously considered a cut to the Pentagon budget. It won’t be the last. Against the backdrop of constant increases in Pentagon spending over the last two decades, the strong showing today for a modest 10 percent cut to the Pentagon budget augurs a fundamental change in spending policy that is long overdue and soon to come.”

John NicholsTwitterJohn Nichols is The Nation’s national-affairs correspondent and the author of the new book The Fight for the Soul of the Democratic Party: The Enduring Legacy of Henry Wallace’s Anti-Fascist, Anti-Racist Politics (Verso). He’s also the author of Horsemen of the Trumpocalypse: A Field Guide to the Most Dangerous People in America, from Nation Books, and co-author, with Robert W. McChesney, of People Get Ready: The Fight Against a Jobless Economy and a Citizenless Democracy.

LATEST FROM THE NATION

I am a targeted Individual in the county of KANKAKEE Illinois since 2015- current. I became a victim via my employer which is the state of Illinois Department of Human Services. View more posts